Prodigy successfully completed rearing the first batch of the Company’s specialized silkworms at its new production headquarters in August. Kraig Labs recently moved its Vietnam-based production operations to a new facility located in the heart of agriculture in Vietnam.  When originally built, this facility was specifically designed for silkworm rearing and silk production. The Company’s factory is now closer to the farms and fields where Prodigy’s mulberry is harvested, providing greater access to raw materials and reducing production costs.

“I could not be more impressed with our team in Vietnam and the unwavering dedication to making Prodigy and Kraig Labs an undeniable success,” said COO Jon Rice. “Having seamlessly completed the move to the new facility and with the kick-off of the second generation of production there, we are well on the way to revolutionizing the global silk markets.”

The current easing of Covid-19 restrictions, in parts of Vietnam, has allowed the Company to move forward with the construction of finished goods. Kraig Labs is now accelerating the production and evaluation of custom-designed fabric blends for its Spydasilk brand.

To view the most recent news from Kraig Labs and/or to sign up for Company alerts, please go to www.KraigLabs.com/news

The Company has achieved a series of scientific breakthroughs in the area of spider silk technology with implications for the global textile industry. 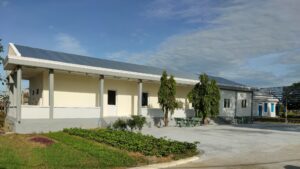